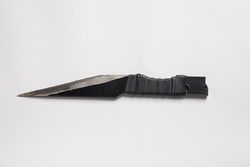 Shanks was a project released bring a non-design audience to launch the first Chen-Williams website. Every day for 30 days a new Shank was released for sale.

The 2 editions of shanks books were printed as 30 swiveling cards so that the reader could physically hold each shank in their hand.